Boushh's bounty hunter armour was used as a disguise by Princess Leia during the rescue of Han Solo. After gaining access to Jabba the Hutt's palace, she cleverly used a thermal detonator during their negotiations to gain the gangster's favor. 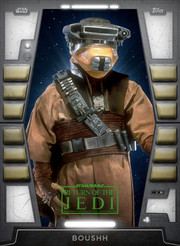 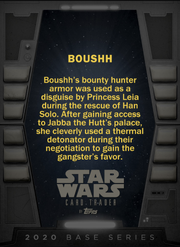