This Ewok chief joined forces with the Rebellion during the Battle of Endor, organizing war bands to fight off Stormtroopers. To show his commitment to this alliance, Han Solo and his friends were officially adopted into their tribe. 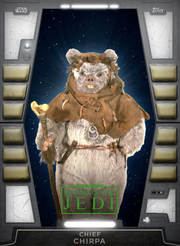 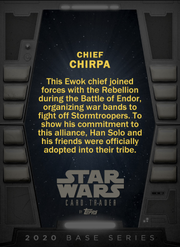