Formerly known as Stormtrooper FN-2187, Finn's awakened conscience caused him to desert from the First Order. Torn between fleeing the war with Rey and helping the Resistance, Finn eventually grew more accustomed to his role as champion to the Resistance's cause. 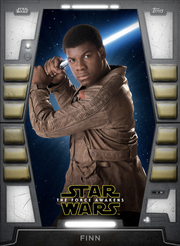 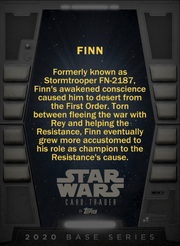