Star Wars: Card Trader Wiki
Register
Don't have an account?
Sign In
Advertisement
in: Cards, 2020 Base Series, 2020 Cards,
and 2 more

Raised on the streets of Corellia, Han grew up orphaned, dreaming of the day he could escape and fly among the stars as a pilot. Ever the charmer, his quick wit and ability to improvise have gotten him out of many dicey situations. 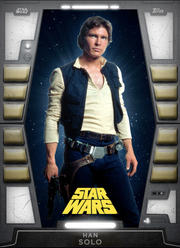 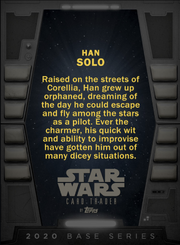