Captain Han Solo is in perfect hibernation after Darth Vader orders him carbon-frozen at Cloud City. Serving as a wall decoration in Jabba the Hutt's palace, Solo is revived by a disguised Princess Leia, but is sentenced to die in the maw of the dreaded Sarlacc. Solo and his allies, including Jedi Luke Skywalker, turn the tables on Jabba, destroy his sail barge and escape from Tatooine. All three find themselves on the forest moon of Endor as the Alliance launches a daring plan to blow-up the second and even more powerful Death Star battle station. 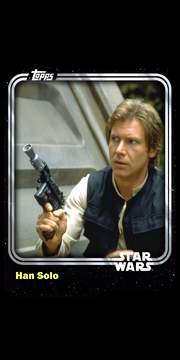 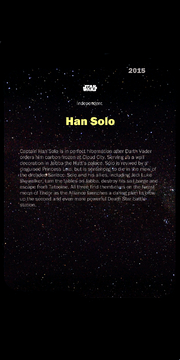 Retrieved from "https://starwarscardtrader.fandom.com/wiki/Han_Solo_-_Rebel_General_-_Base_Series_1?oldid=32427"
Community content is available under CC-BY-SA unless otherwise noted.