The bounty on Han Solo's head eventually caught up to him, with bounty hunters, gnagsters and even Darth Vader searching for the notorious smuggler and his ship, The Millennium Falcon. He was finally found by Boba Fett on Bespin and frozen in carbonite as a test run for Vader's true target: Luke Skywalker. 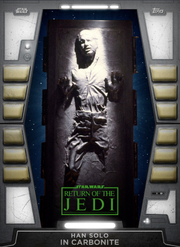 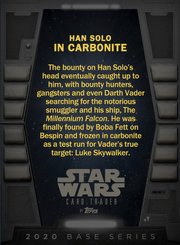