Rogue One: A Star Wars Story

Despite a checkered past, Jyn Erso was destined to foil the Empire's hold on the galaxy. Daughter to famed scientist Galen Erso, Jyn was able to uncover a flaw in the Death Star's design - a flaw that the Rebellion would successfully exploit. 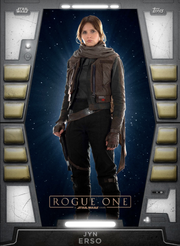 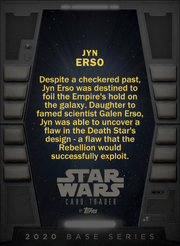