As the shaman of the Ewok village, his rituals ensured that his tribe remained harmonious with Endor's forest spirits. Mistaking C-3PO for a golden god, Logray believed he was appeasing the Droid by sacrificing Han Solo, Luke Skywalker and Chewbacca. Ultimately, he was mistaken, as the "god" exhibited his displeasure. 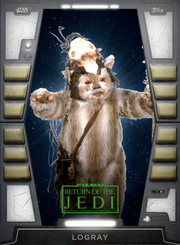 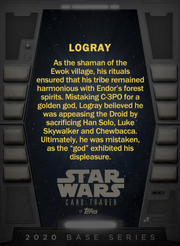